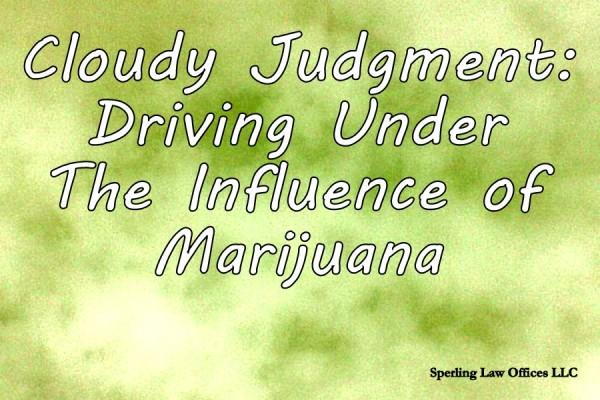 As Wisconsin tries to gain traction on opiate abuse and drunk driving, many states are legalizing marijuana. The rise in both medical and recreational use of cannabis propagates concerns of safety, particularly when people decide to drive after using the drug.

In response to the growing number of states legalizing weed, the National Highway Traffic Safety Association (NHTSA) has been researching the effects of the psychoactive ingredient THC on drivers. One NHTSA study states, “Marijuana has been shown to impair performance on driving simulator tasks and on open and closed driving courses for up to approximately 3 hours.”

Fatal crash reports from Washington and Colorado, two states that have legalized marijuana for recreational use, and NHTSA roadside surveys have noted significant increases in marijuana-stoned drivers. In a 2013-14 NHTSA survey of more than 9,000 drivers, 12.6 percent tested positive for THC compared to 8.6 percent in 2007 – a 47 percent increase.

Despite the studies showing that drivers under the influence of THC are often more reckless, the NHTSA warns that other factors may be affecting the data. For instance, one particular segment of the population seems to enjoy marijuana and has a habit of getting into accidents – young men. Another factor is that police could be getting better at identifying people under the influence of THC rather than just alcohol, and thus more people are being tested and coming out positive.

Wisconsin remains a zero-tolerance state, which means any trace of THC in a driver’s blood and they will reap the same consequences as drunken driving. As the NHTSA’s associate administrator for research and program development, Jeff Michael, says, “Drivers should never get behind the wheel impaired, and we know that marijuana impairs judgment, reaction times and awareness.”

If you are injured in a motor vehicle accident involving a driver under the influence of THC or other psychoactive drugs, contact our experienced attorneys at Sperling Law Offices LLC in Milwaukee by calling 414-273-7777.